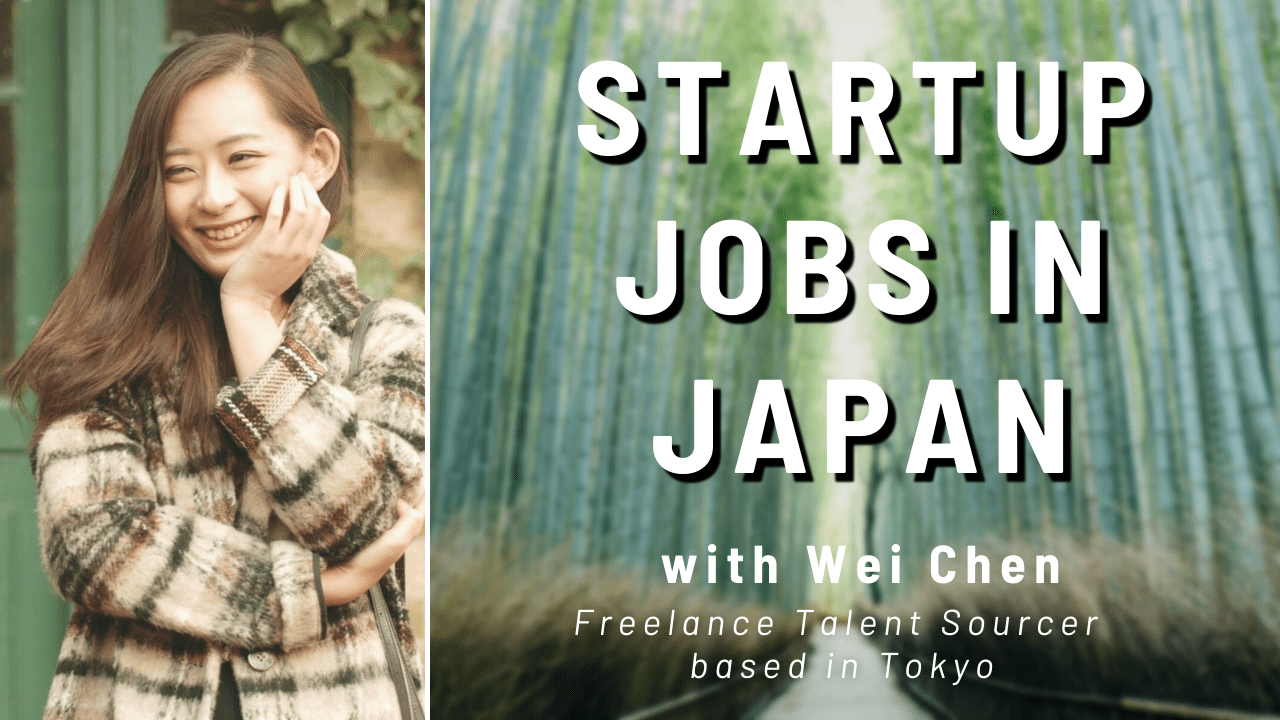 Finding a Startup Job in Japan? - Podcast with Wei Chen

Japanese work culture often has a reputation for long hours and a strict hierarchy. However, in recent times, there have been changes to relieve this pressure. I also suspect a new wave of startups in Japan have started to embrace the need for more work-life balance and diversity to attract talent. I interviewed Wei Chen about how foreigners can find a startup job in Japan with limited Japanese proficiency.

Born in Taiwan and having studied abroad in the US & UK, Wei found herself in Japan seven years ago and has managed to embed herself into the Tokyo startup ecosystem despite being a foreigner. She currently works as a freelance talent sourcer, helping match startup companies to great talent.

Listen to this episode to hear Wei’s story about:

If you want to find out more, feel free to reach out to Wei on Linkedin!

I’ve also done a podcast (no video) a while back on a similar topic – a guest who secured a job in Japan despite being a foreigner. Give it a listen!

Finding a Job in Japan