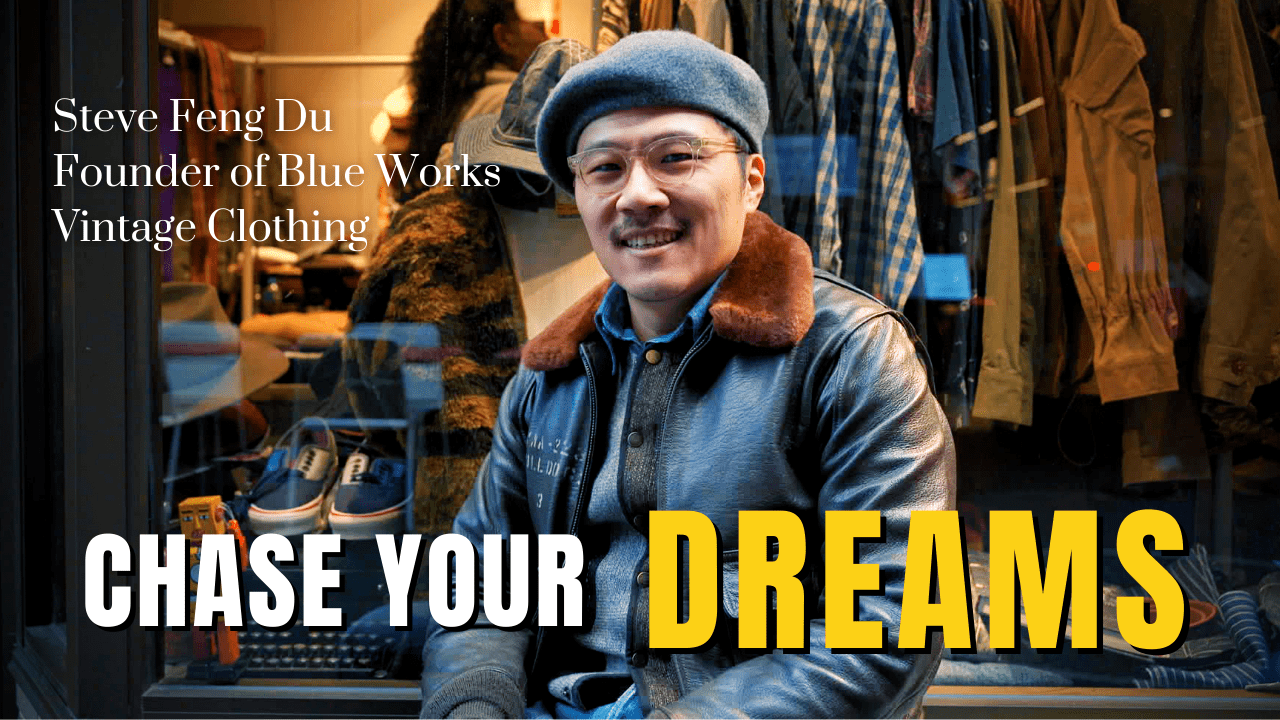 In this video interview, we get the story behind “Steve” Feng Du, the owner of Blue Works Vintage Clothing, a retail shop that specialises in vintage style clothes for the discerning gentleman.

Comments Off on Quit your Job to Pursue your Passion? – with Steve Feng Du (Owner of Blue Works Vintage Clothing)